WELCOME TO MY BLOG!

This is where I share my recent weddings and couples.

More about me here...or check out my personal blog: Call Me Lynz

When I was a kid I wrote in my diary that I wanted to be a “Tim Cox with a camera.”

Tim Cox is a New Mexico based cowboy artist who has inspired me for as long as I can remember. I wasn’t out to mimic his work artist. But even at a young age, I recognized that I wanted to be able to stir within others the same emotions I felt when looking at his paintings. Ohhhh his clouds and sunsets.

Well, now I can die happy.

There was a massive storm during Justin & Sarah’s second attempt at their New Mexico ranch engagement session. It was the kind that fills dry dirt tanks in minutes, makes the road slicker than snot and had us sitting in a pickup for hours.

So we finally called it quits and headed to town for Mexican food. Then…THERE WAS THIS SKY.

Oh New Mexico, no matter how far I travel you still remain the most annoying and spectacular to shoot in.

And so, long story long, I officially have my Tim Cox looking clouds and a new favorite photo from my almost 10 years chasing this gig!

Besides the clouds, there’s a really handsome couple. Meet Justin and Sarah, the lovely couple who literally went through hail and back for their engagement session with me.

Their story goes like this: She’s a veterinarian and he brought in his dog one day. He’d sold his place and already been making plans to leave New Mexico. But meeting Sarah made him stop in his tracks and decide he wasn’t going anywhere.

And now I’m gonna stop rambling and get this blog published before their wedding. Because…thanks to New Mexico weather and rescheduling this shoot over and over…it’s almost here!

Ps. The other photos are from that time I got up and left the house at 2:00am and drove through the wee hours of the morning so that we could beat the monsoons! Third time is a charm.

Ps. Again. I sneeze just looking at the pictures of those wild sunflowers. 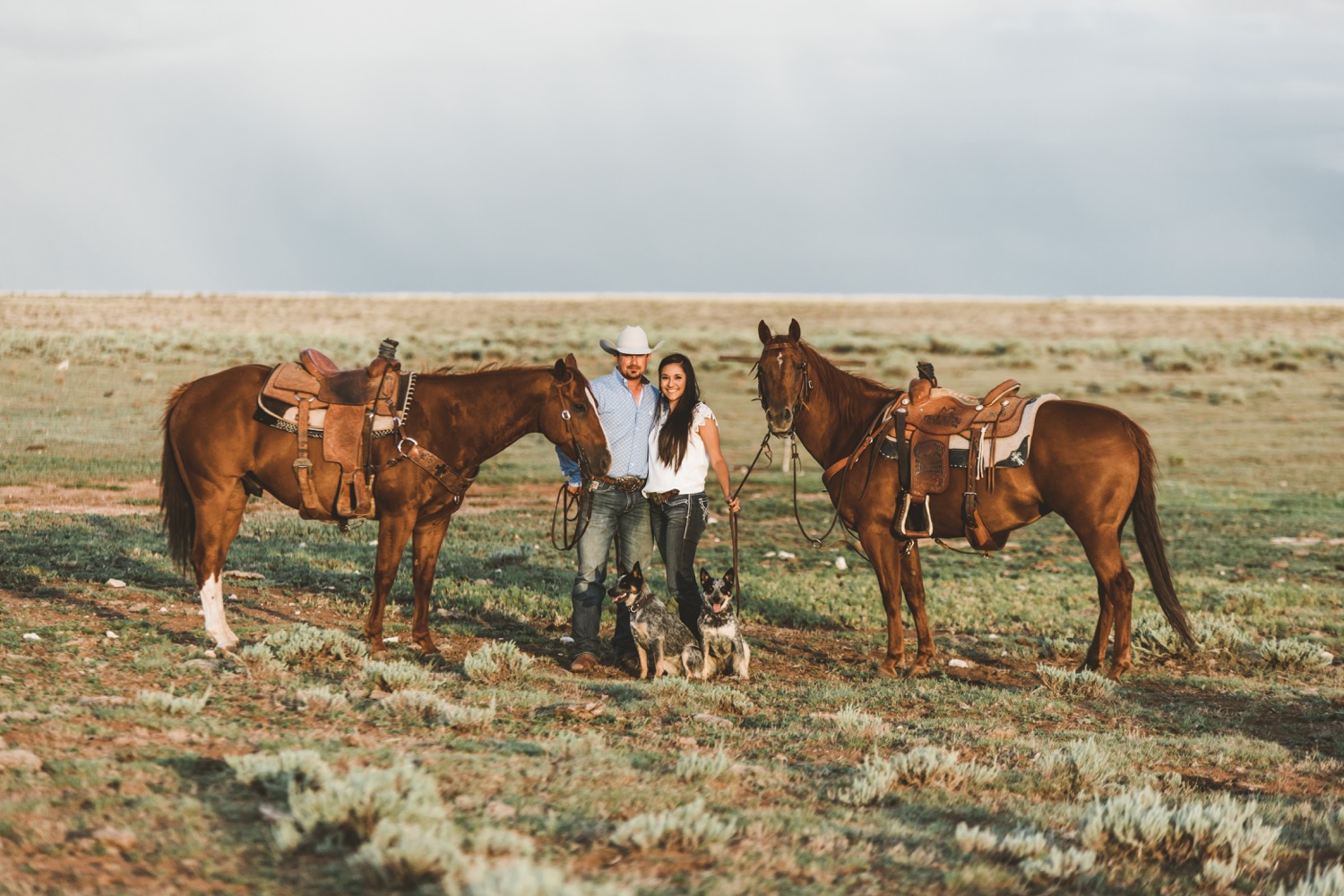